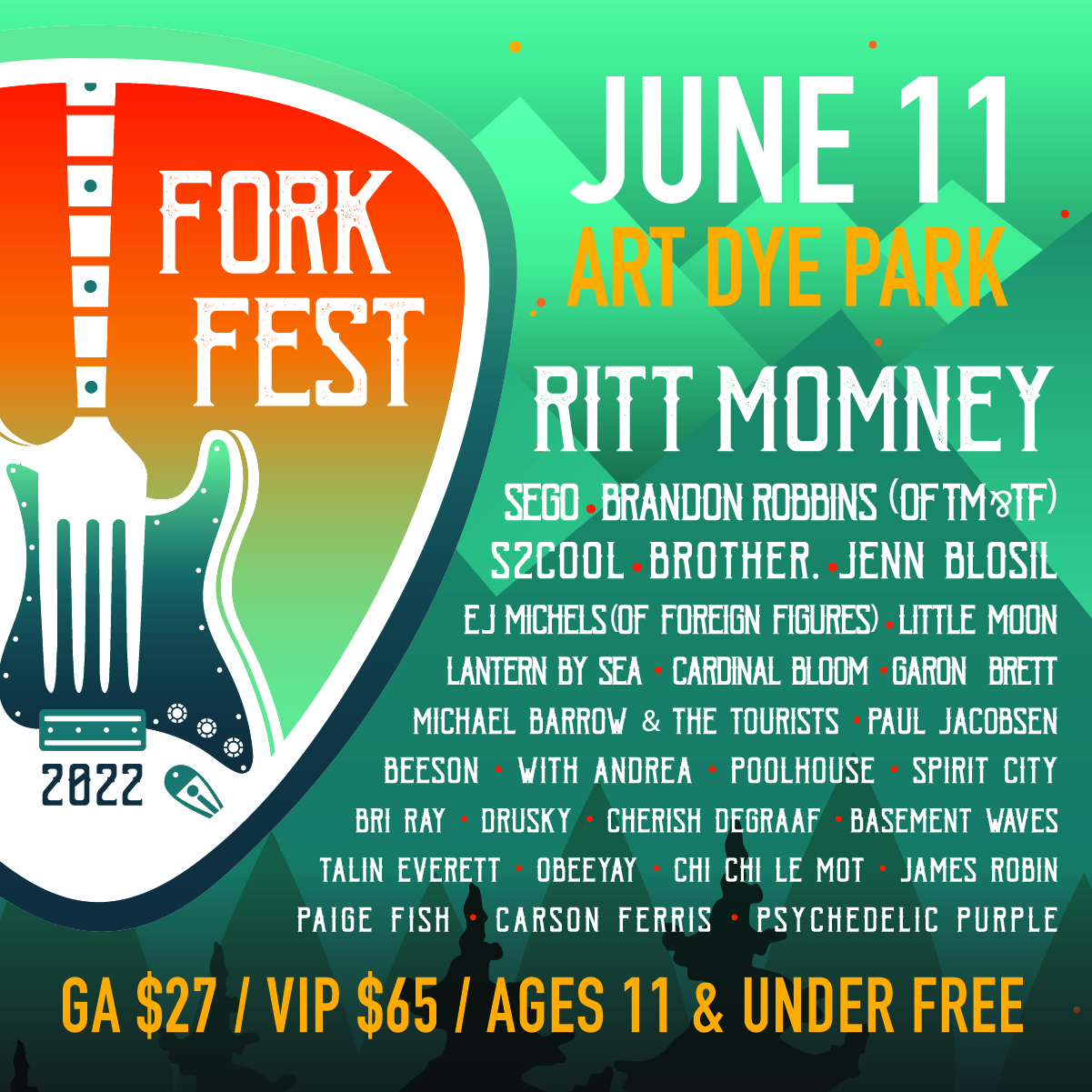 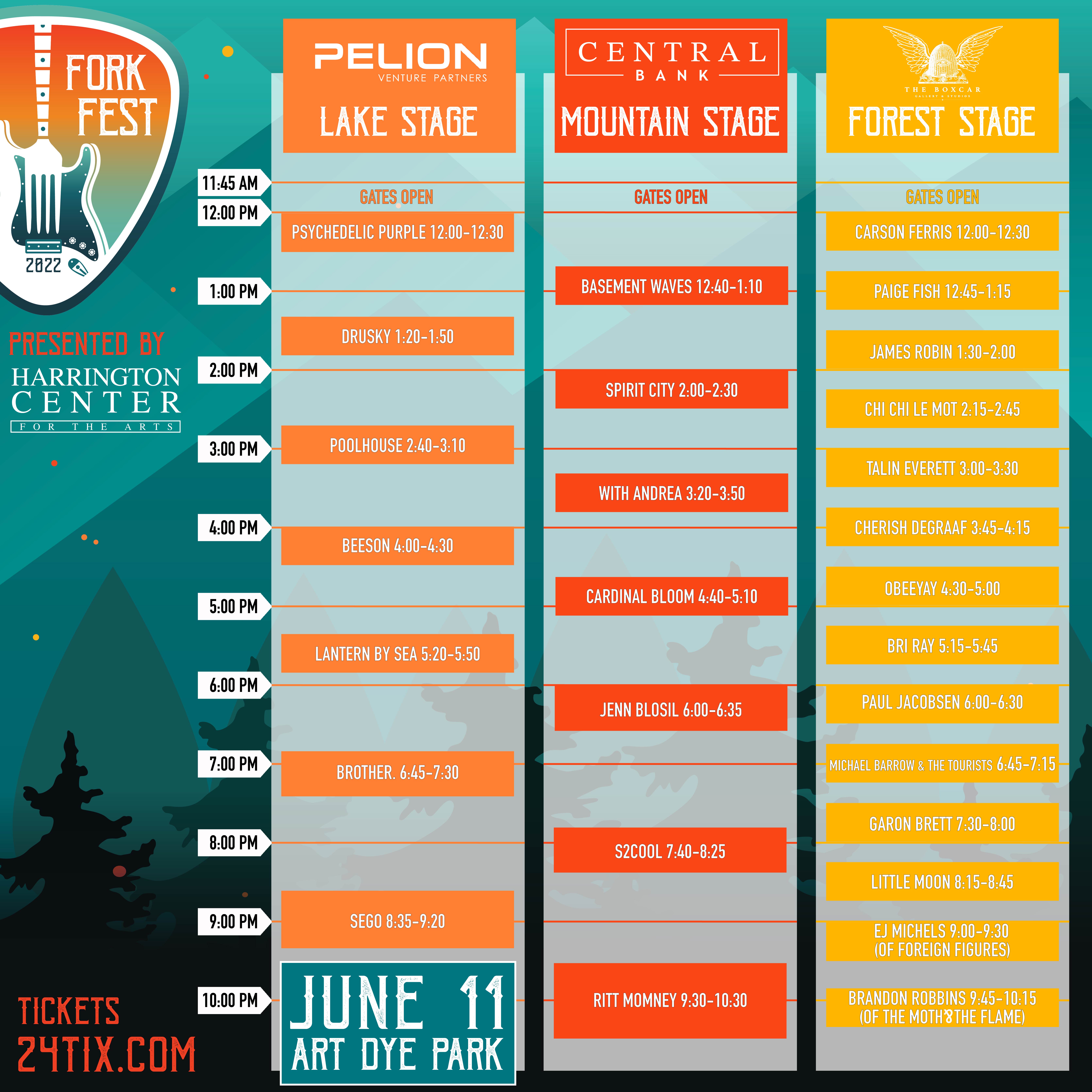 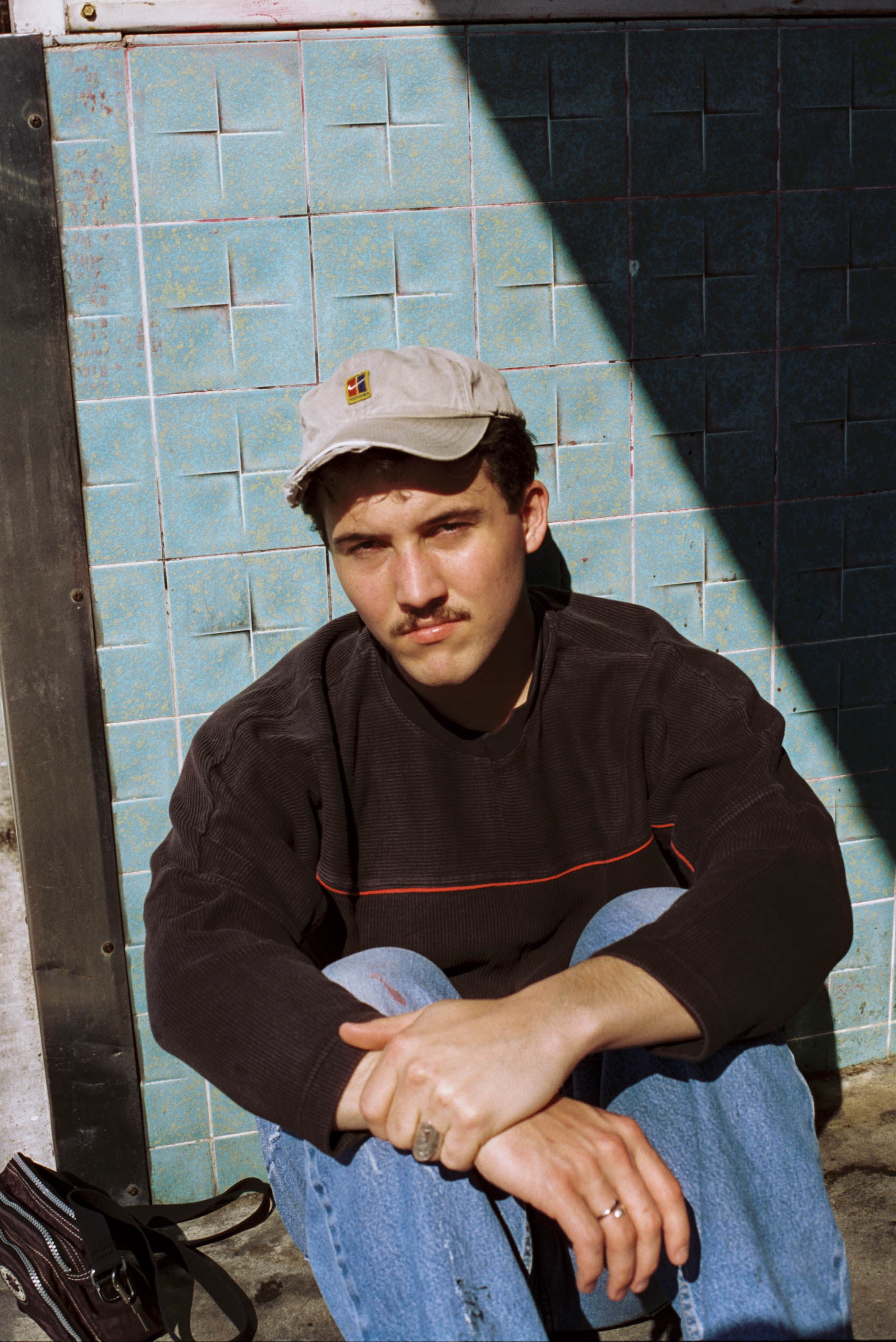 At just twenty-one years old, singer/songwriter Ritt Momney has expertly infused emotion into his sound, crafting introspective records that are therapeutic for the man behind the pen as well as his listeners. The Salt Lake City native has recently gone viral thanks to his cover of Corinne Bailey Rae's "Put Your Records On," gaining steam on TikTok while soaring up the Spotify and Apple charts. As he enters the next phase in his career, Ritt Momney continues to spread messages of romance, realization, and rebellion.

Lead singer of successful indie art-rock band The Moth & The Flame, Brandon Robbins’ intricate style of fingerpicking guitar combined with moody and rumbling vocals make for a cathartic experience with songs of loss, redemption and hope 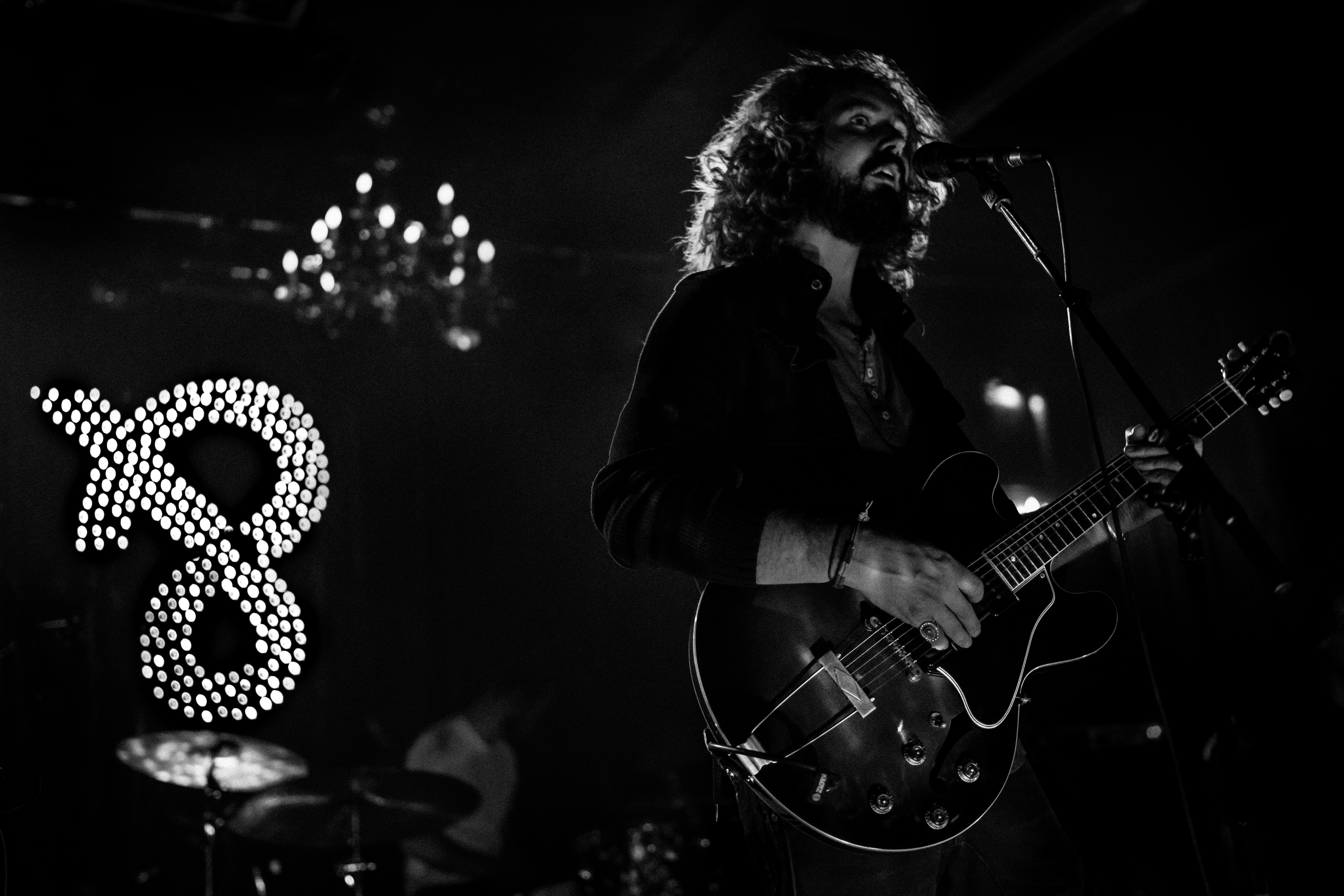 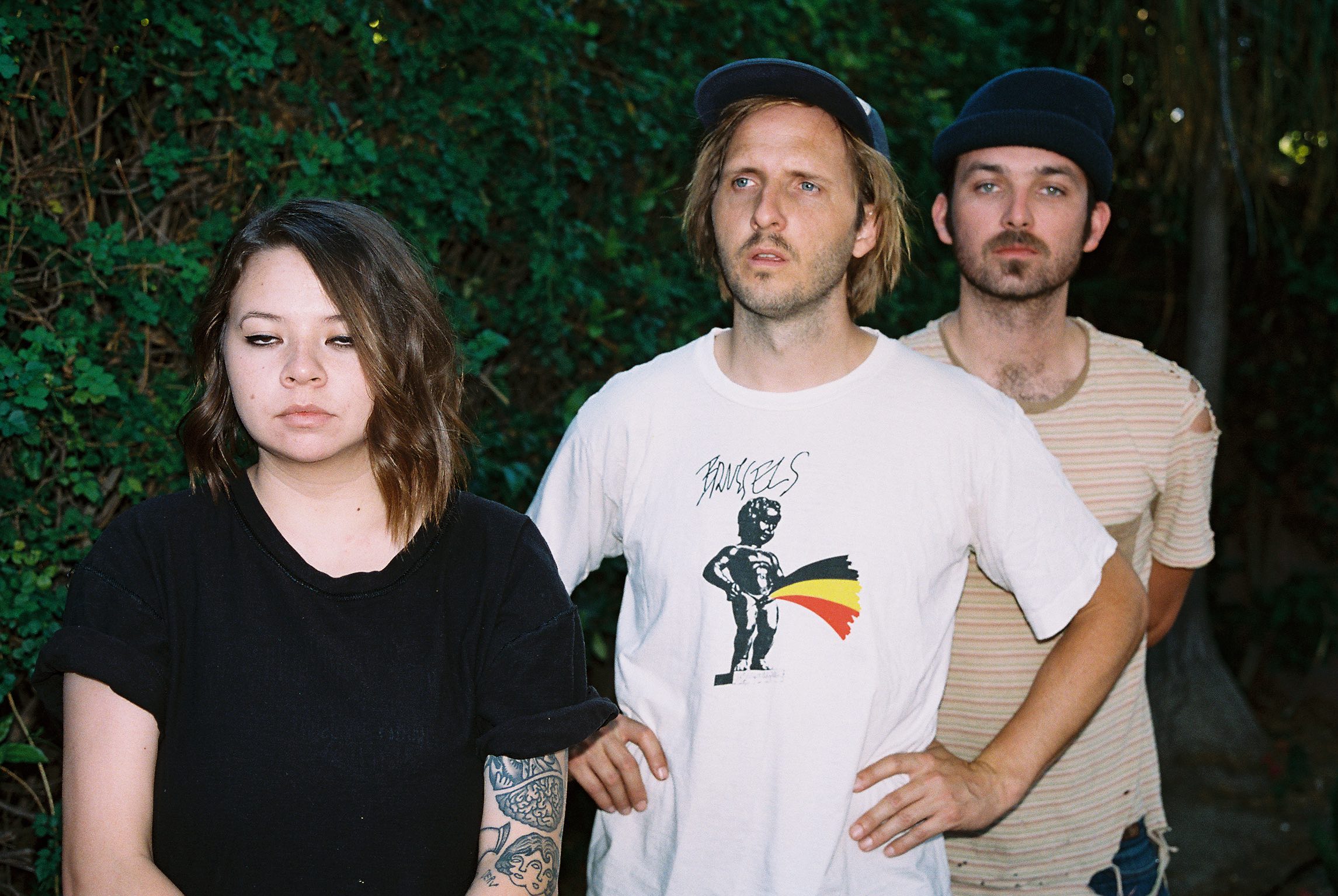 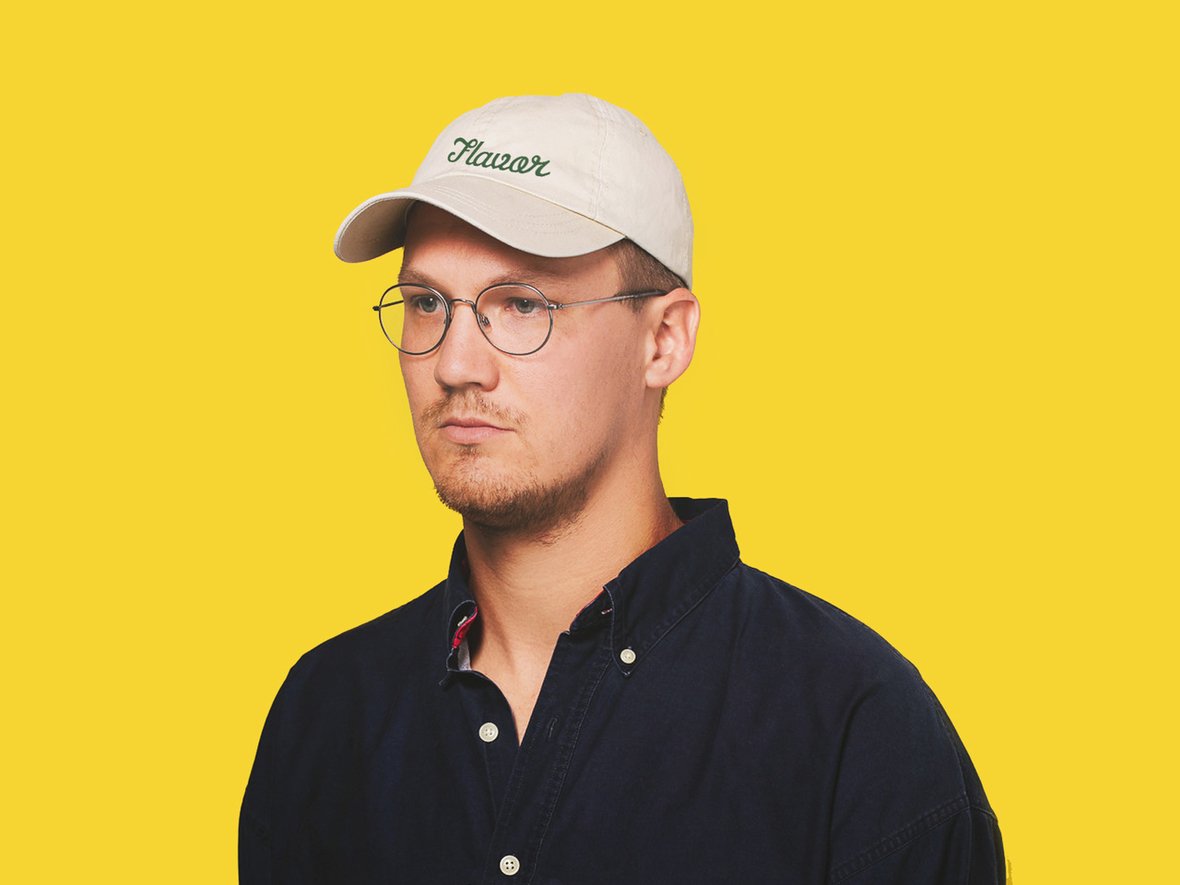 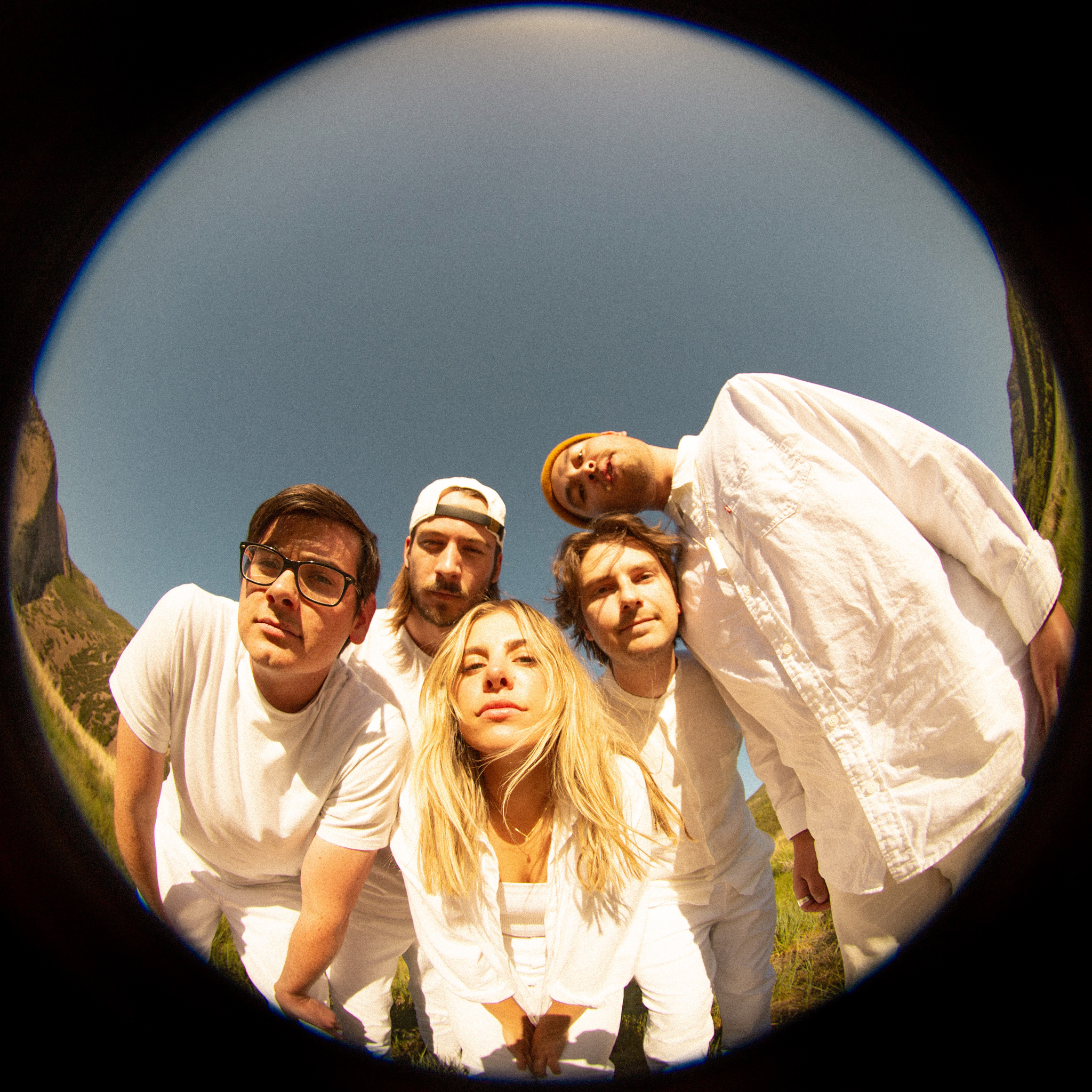 An indie alternative band based out of Salt Lake City, Utah, Brother. brings together an electric sound of energetic bass lines, catchy soundscapes and heavy-laden harmonies. With the success of their singles “Don’t Worry”, “Oxidate” and “EZ”, Brother. has toured through the US and UK/EU headlining and opening for acts such as Grouplove, Slothrust, The Plain White Tees, Joseph, Claud, Joshua James and more. Catching the eye of major television networks, Brother.’s songs have been featured on popular series such as Teen Mom, Nancy Drew and Zoey’s Extraordinary Playlist. Their much-anticipated upcoming full-length album VOL. III is out now through Handwritten Records. 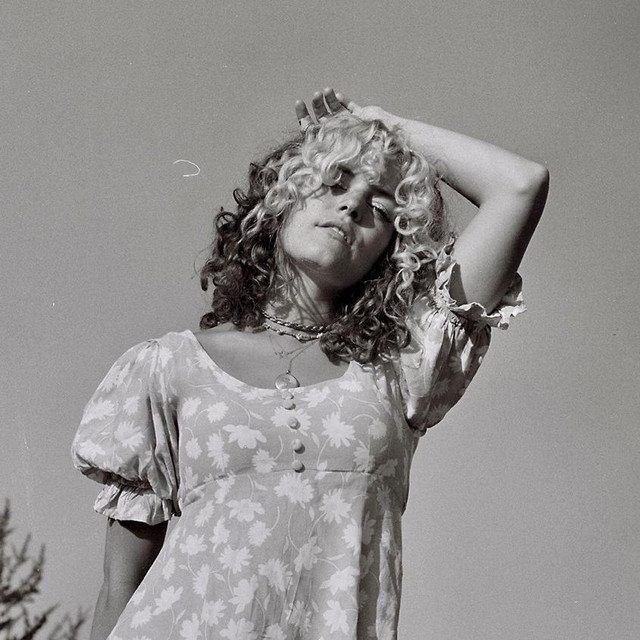 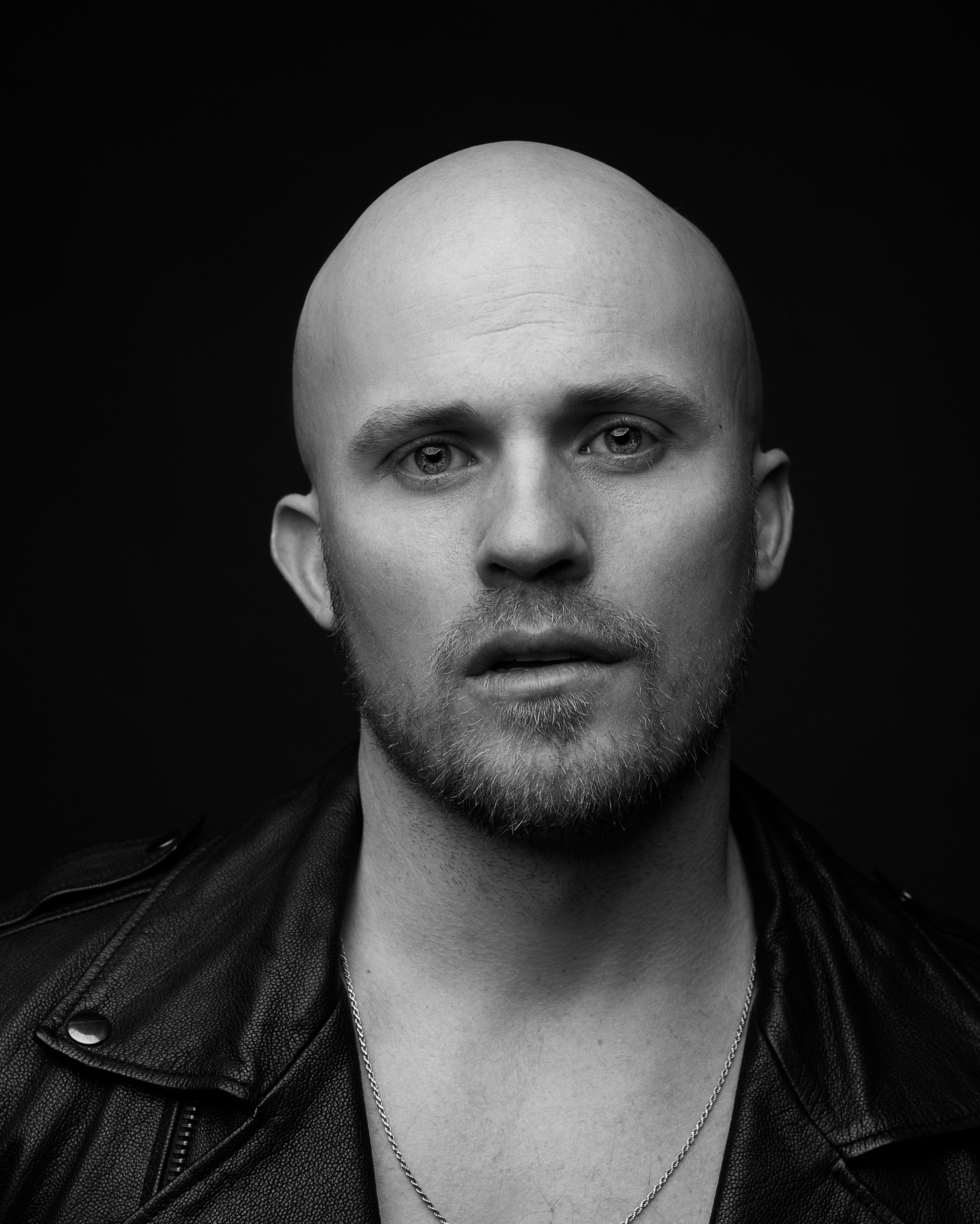 As both an accomplished songwriter and performer, EJ Michels has been playing music since he was 7 years old. He writes emotive, introspective music with a focus on sharing his truth. With his group, Foreign Figures, EJ has secured multiple music licensing deals, toured across the country, and played to thousands of fans. Foreign Figures has also shared the stage with national acts such American Authors, X-Ambassadors and Lifehouse. Currently, they have amassed millions of listeners on Spotify.EJ is anticipating his debut solo album release later this year.

Lantern By Sea is an indie rock band based out of Provo, UT, founded by brothers Porter & Tate Smith and Josh Alvey. Influenced by the great cinematic stories, their music aims to take you on a journey. Mixing together a blend of heartening and melancholy riffs with a concoction of orchestral-inspired percussion and anthemic vocals and melodies, Lantern By Sea aims to bring grand odysseys to the rock stage.Their new album, Rim of the World, comes from years of discovering and finding their own voice. Isolated in their attic during the down years of the world-wide pandemic, they uncovered a story of loneliness, rejection, heartbreak and failure. But as they embarked on this journey, in the end, there was an undeniable sense of hope and youthfulness that bled through. It’s an epic hero’s journey that changed them, and then changed them again. They hope that it will do the same to the listener as they journey to the Rim of the World. 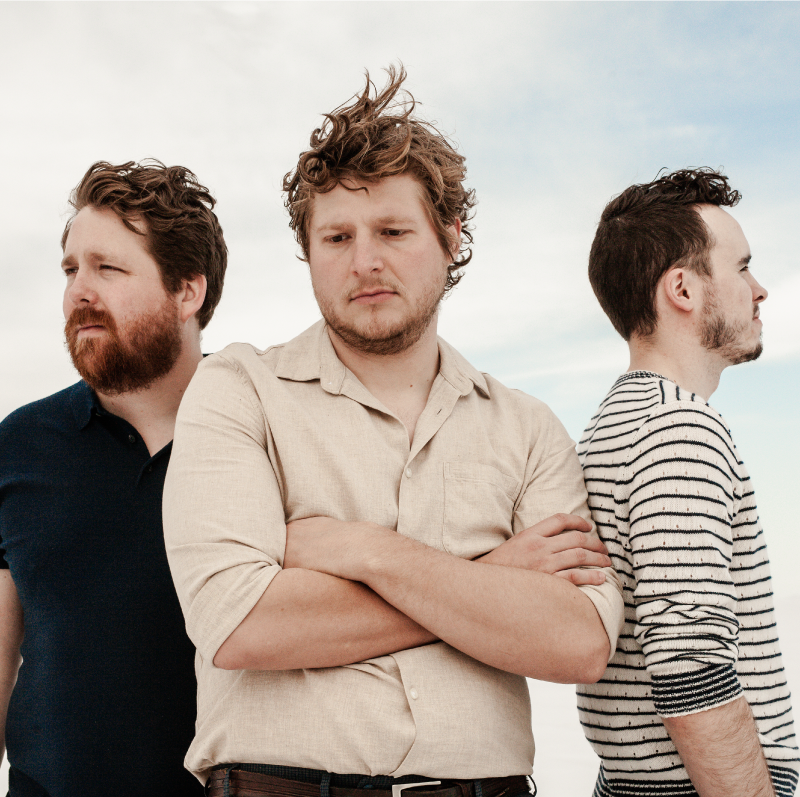 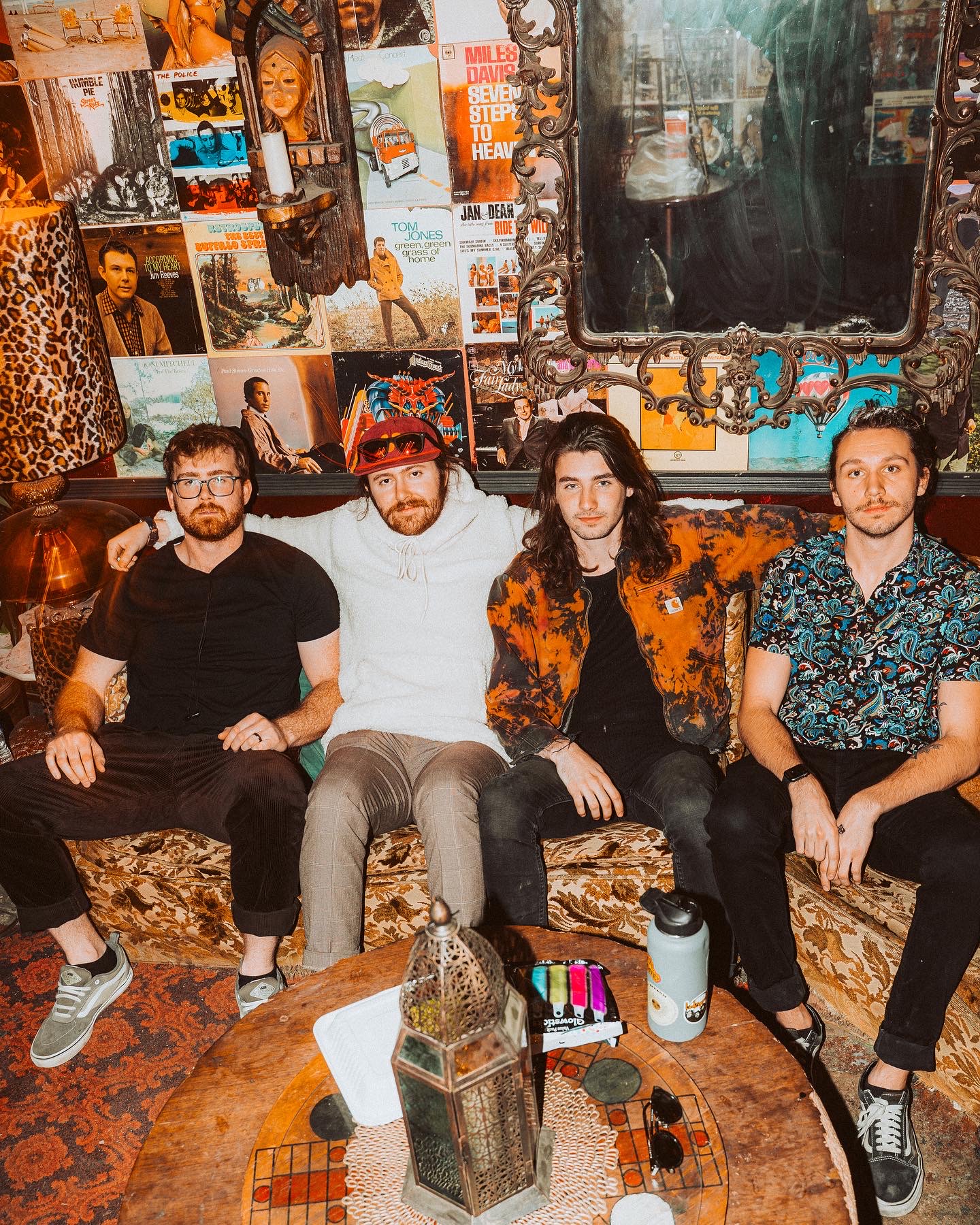 Inspired by the transformative power of heartbreak, Cardinal Bloom weaves together indie rock, groove, and overdriven energy to create a dynamic and exciting atmosphere where the line between an audience and a party begin to blur. Having recently won the Velour Battle of the Bands, Cardinal Bloom continues to sell out shows across their home state of Utah. In 2019, they released their first EP, “Glow,” and in 2021, released their second EP titled “To Love Someone.” “Everything they did worked together to absolutely nail that dusty Deseret sound—one that sits in between pop, rock, and folk.” -Zach Collier (Provo Music Magazine) Their members include Joey St. John on guitar and vocals, Jacob Silvester on the bass and vocals, Josh Thomas on guitar, and Nate Adair on drums.

After two wild years of recording during a world pandemic, family heartaches, and plenty of therapy, Little Moon (aka Emma Hardyman) is ready to take the world by storm as she nears the completion of her new, long in coming album "Dear Divine". Known for her soaring vocals and dynamic arrangements, Emma and her band are preparing an enchanting new set for fork fest filled with themes of chaos, loss, fear, introspection, self-compassion, sincerity and love. 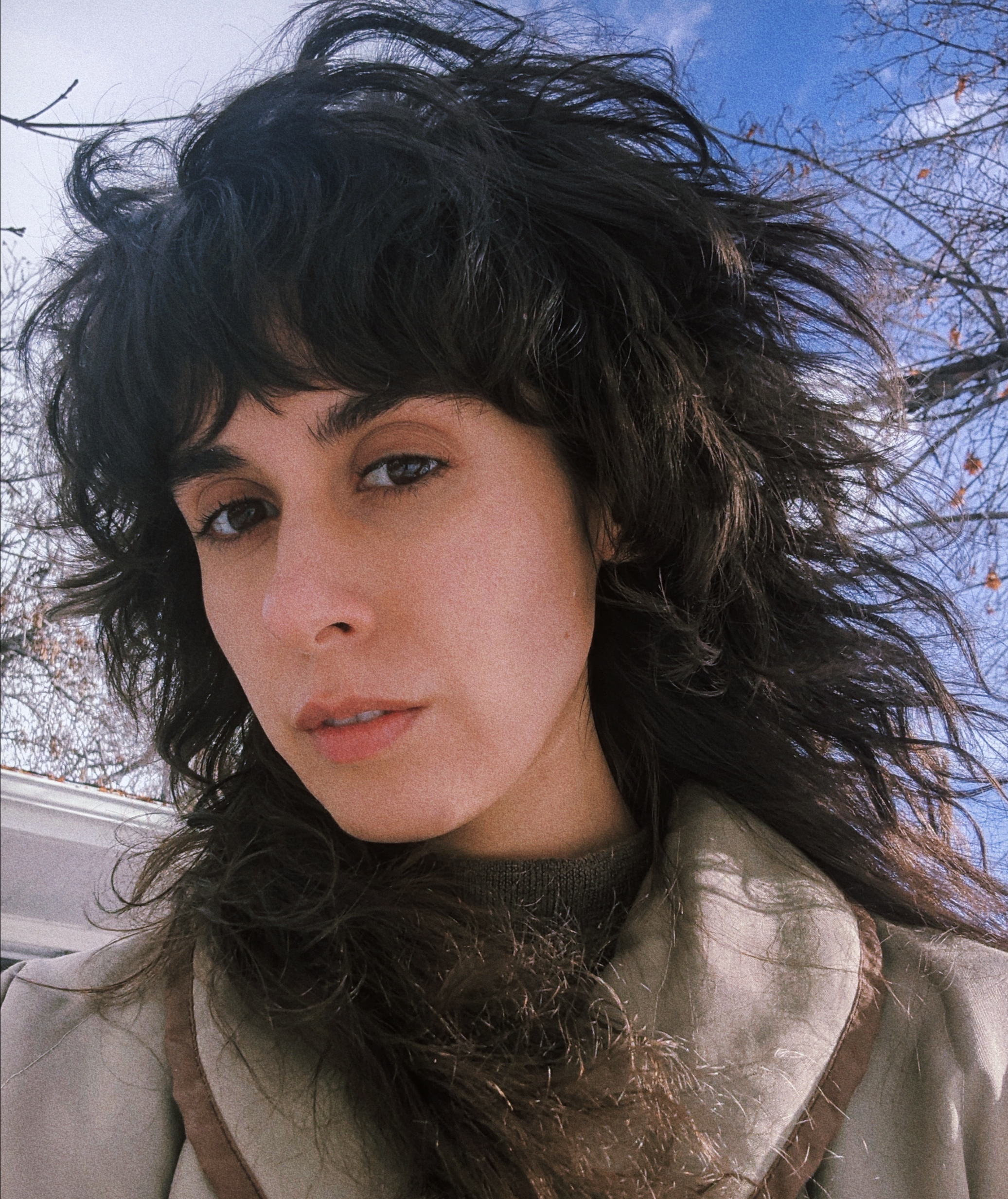 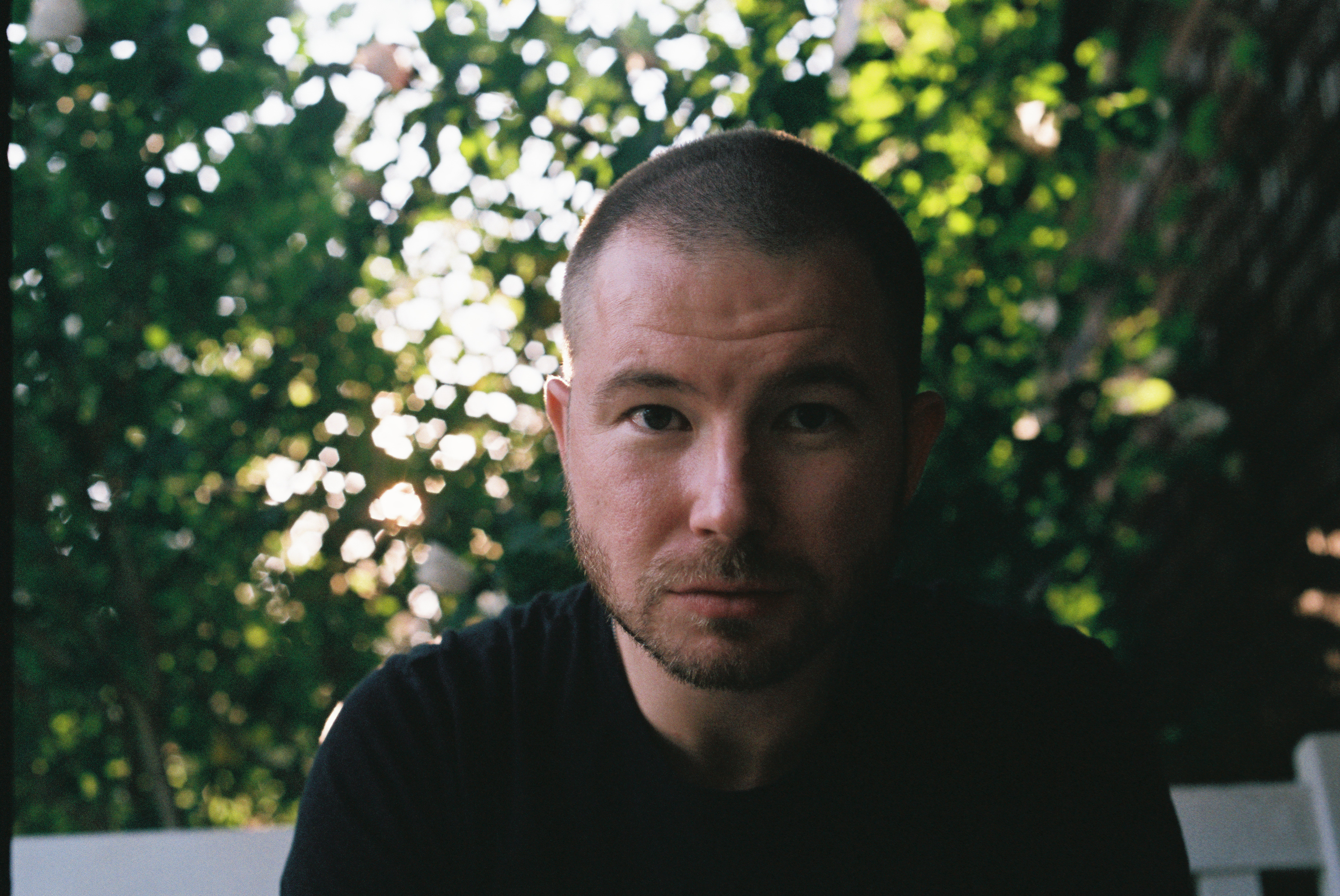 If there were “LEGO Masters” for songs, Garon Brett would be that. An American pop/soul singer/songwriter that is creating music and live shows to move your heart and your booty using colorful pop, funk, R&B and folk building blocks.

Michael Barrow & The Tourists is a Provo, UT-based indie/rock band. Rallying around the expressive lyrics and rich vocals of Barrow, their music is an exciting blend of folk, vintage soul, and roots rock - a throwback sound for the dawn of a new decade.The band consists of Michael Barrow (Vocals, Guitar), Mac Wright (Electric Guitar), Alessandro Improta (Bass), Reed Perkins (Drums), and Zach Collier (Keys).
Together, the band has toured extensively across the western United States, released five records, and their music has been streamed well over a million times on Spotify. 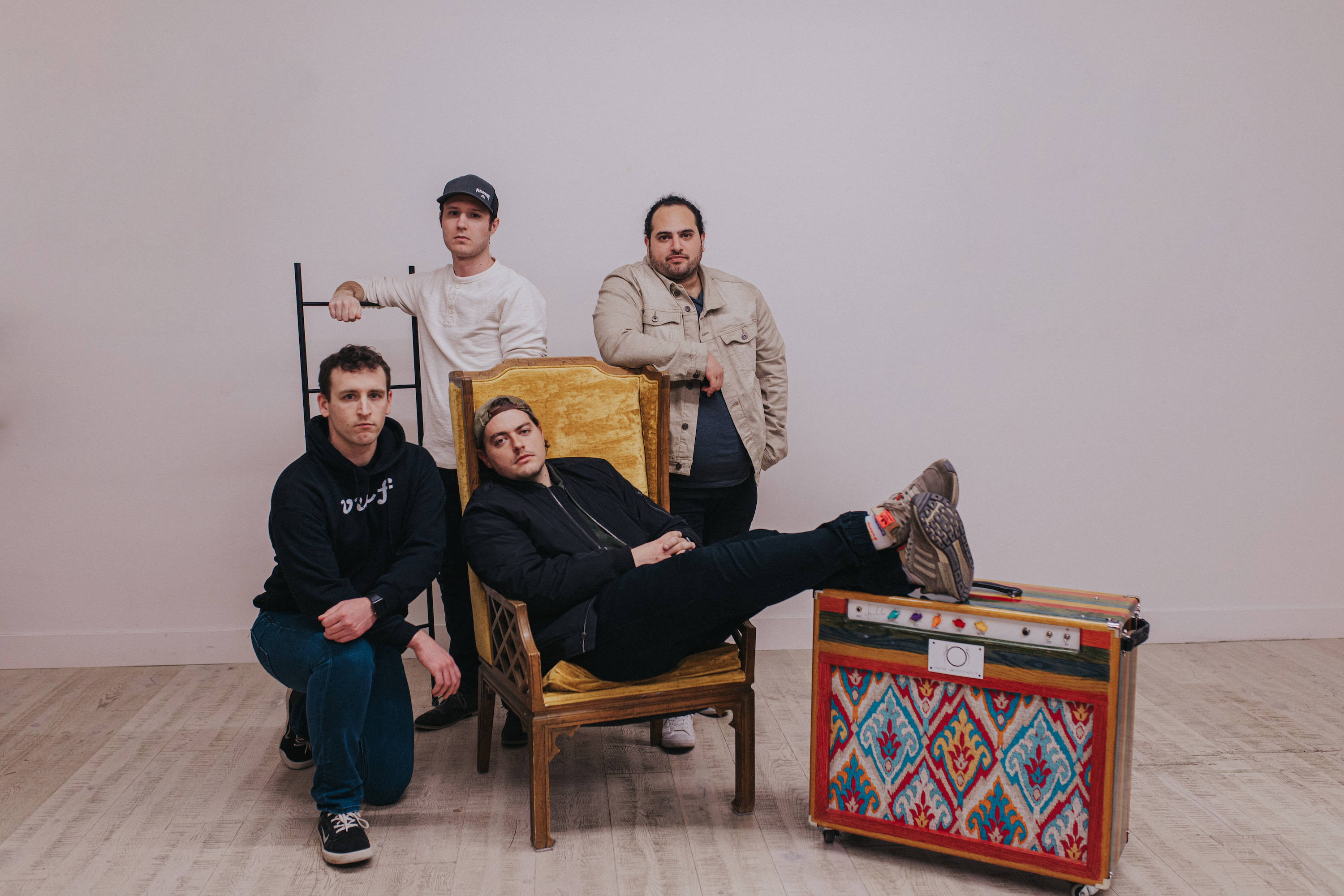 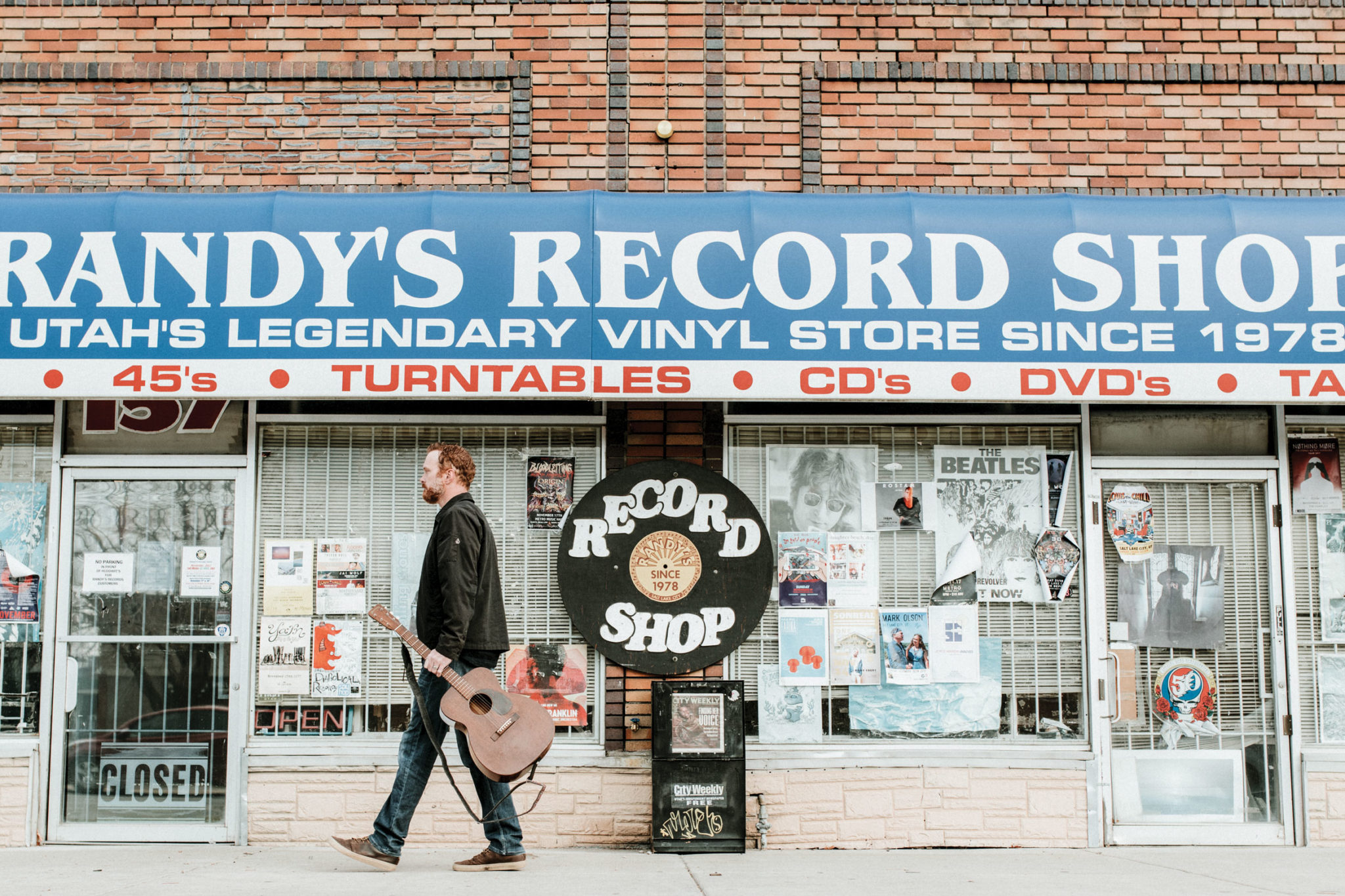 Beeson is the debut solo project of Jane Beeson. A young but seasoned songwriter, Beeson creates vulnerable pop music and has played dozens of shows around Utah since moving here in 2019. She is supported by a band which includes players from other successful Utah acts such as The Rubies and Future.ExBoyfriend. 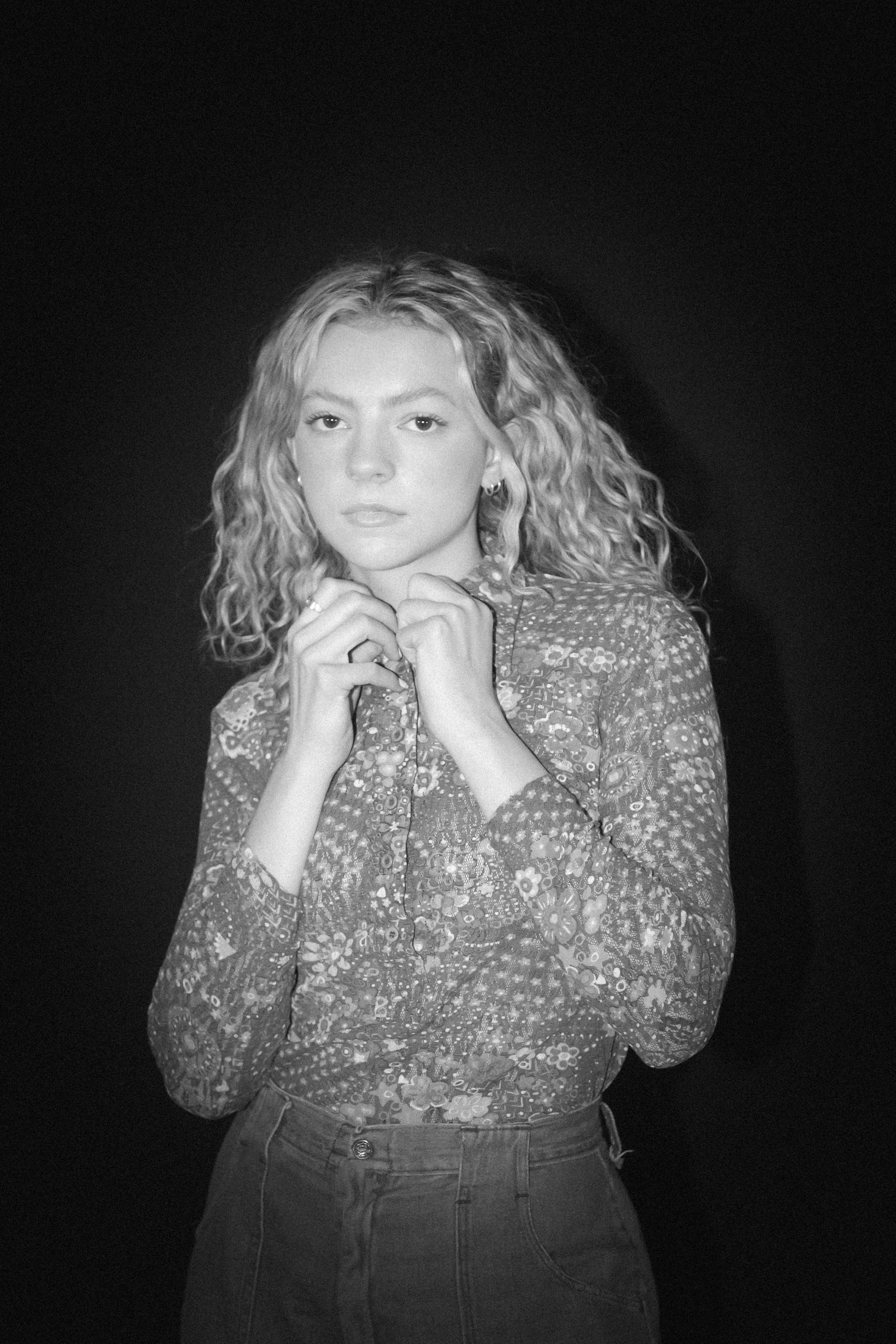 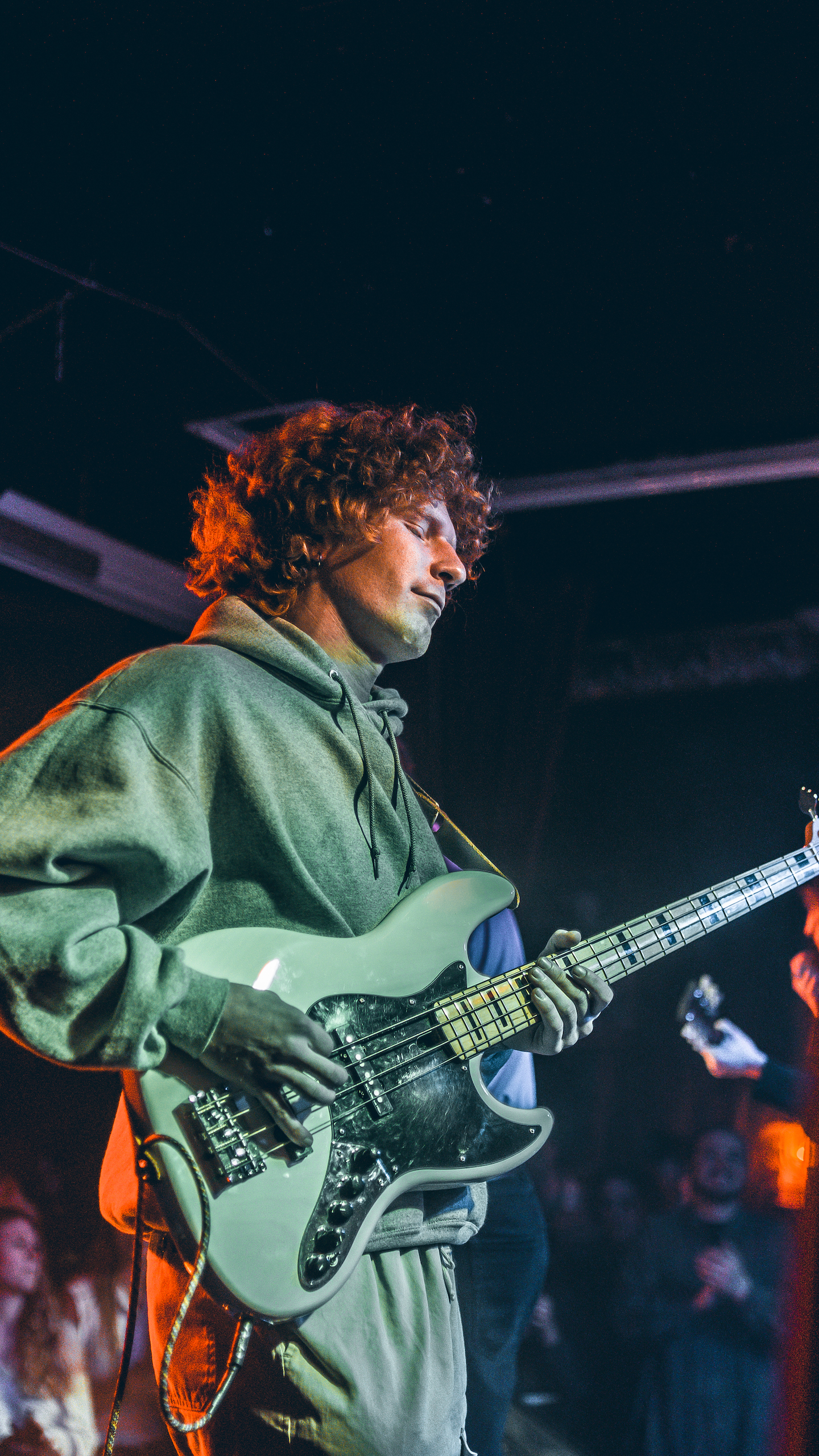 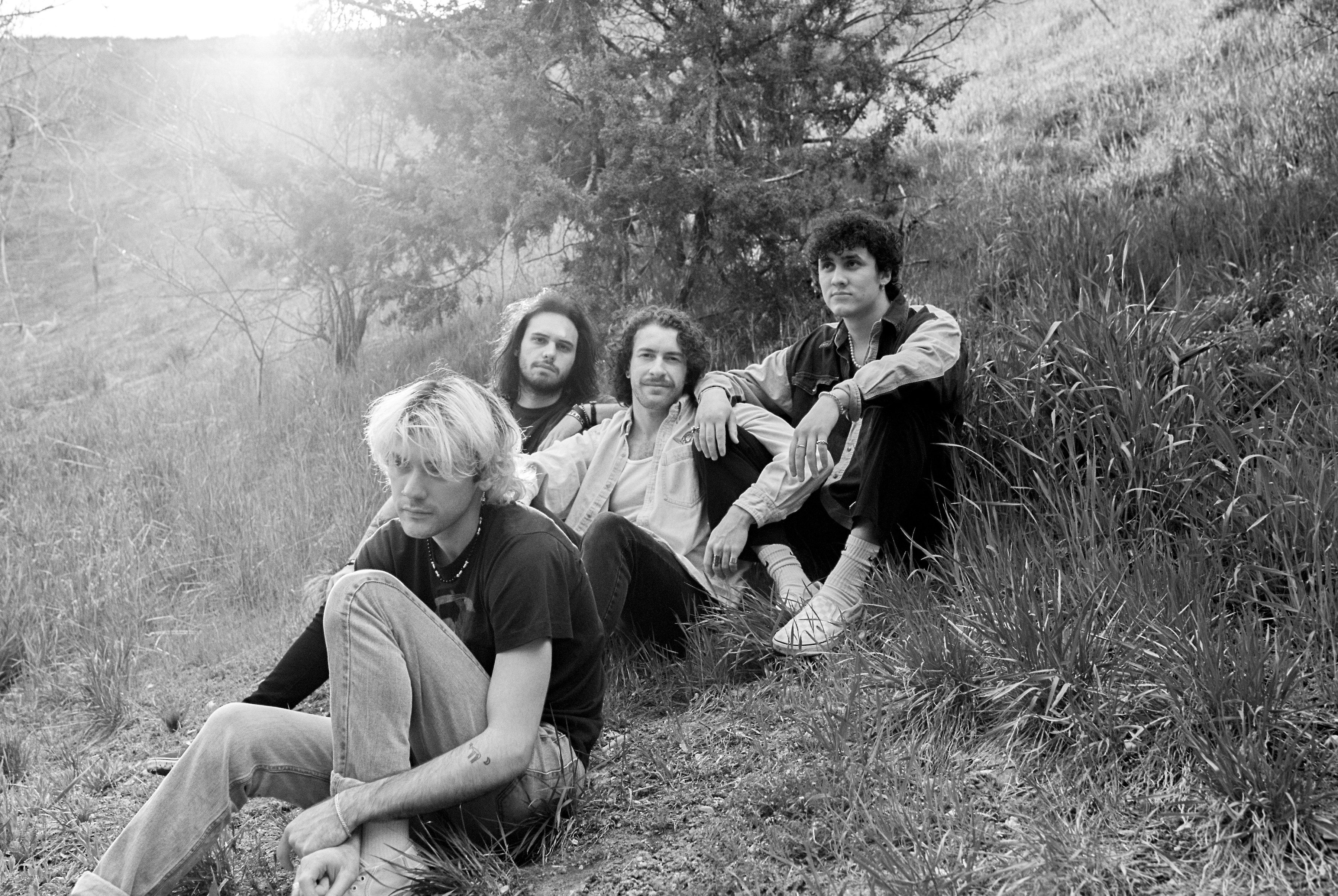 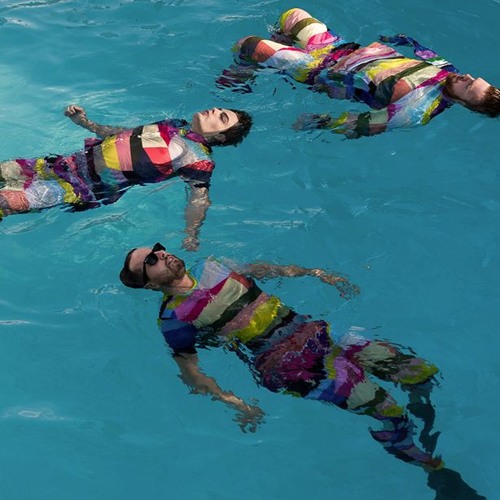 Spirit City has been described as an “indie pop band thatmerges deft songwriting with infectious hooks anddriving rhythms.”Formed in Provo, Utah, during the Fall of 2014, thegroup is comprised of Nate Young (vocals, guitar) and CoriPlace (bass). They came together from different musicalbackgrounds, which contributes to the uniqueness oftheir sound.Playing to sold-out crowds, they have gained notorietyin the thriving Provo music scene. They have also had muchsuccess in the synch licensing world, with notable placementssuch as; Spiderman- Far From Home, Virgin River (Netflix) and many shows on MTV. 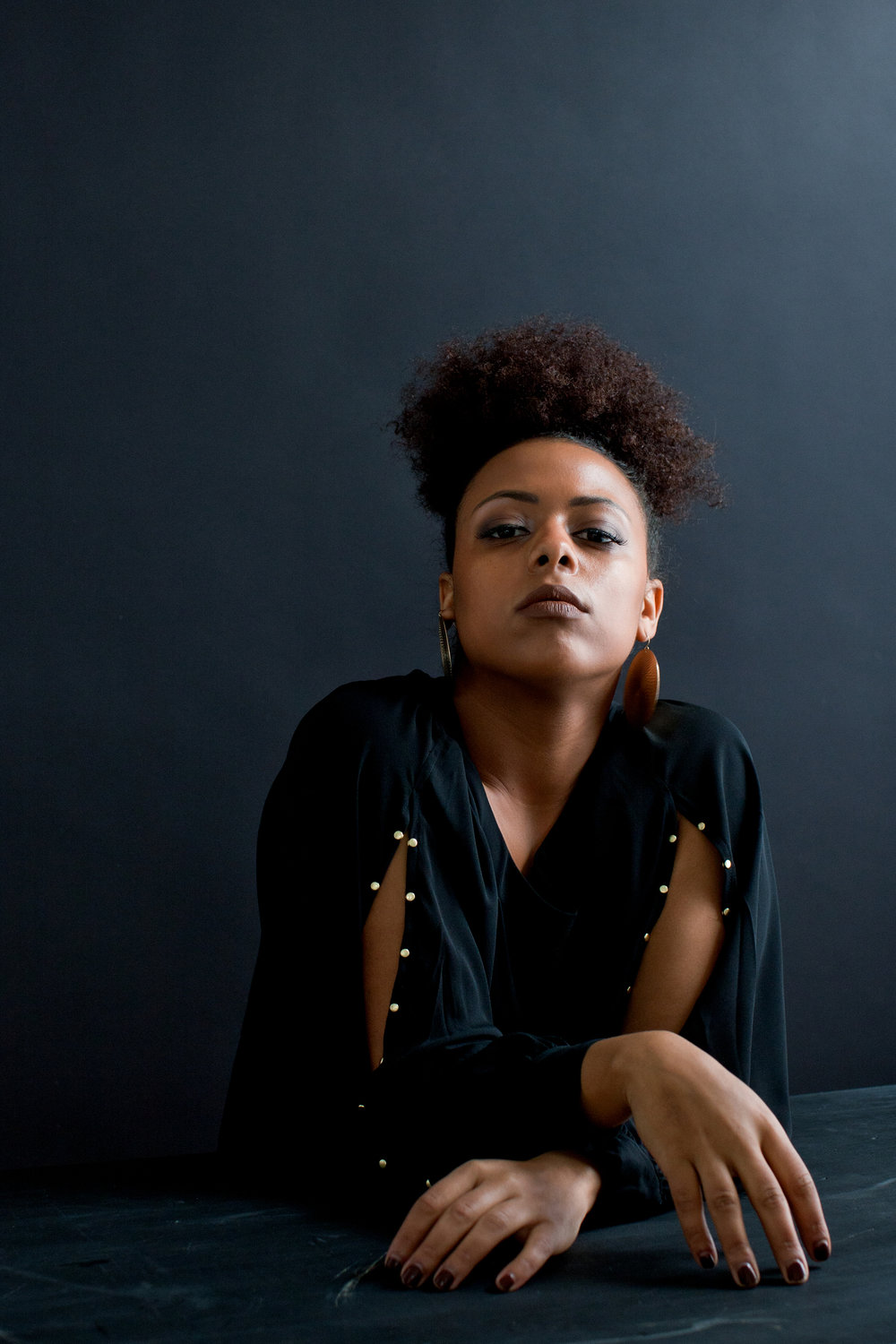 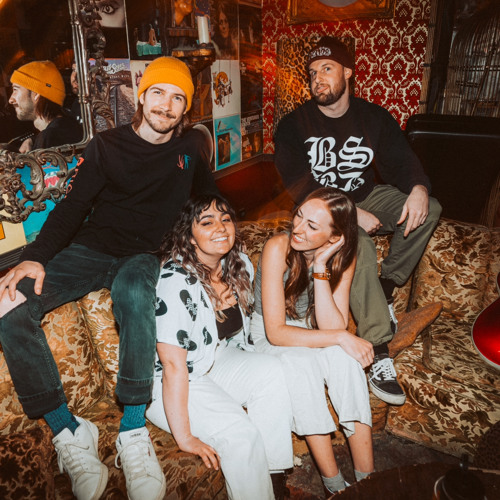 Deep in the woods, looking up at the moon, you’ll find Cherish DeGraaf, a singer/songwriter based in Provo, Utah. Her voice echoes with pangs of loneliness and is adorned with fresh flowers plucked from the nearby babbling brook.Cherish’s songs are derived from holding candlelight to the darkest corners of one’s soul. Her songs create an ethereal landscape where one can ponder the self and heartbreak. She approaches her music with honesty, tenderness, and an unbridled hope that things will work out for the best. 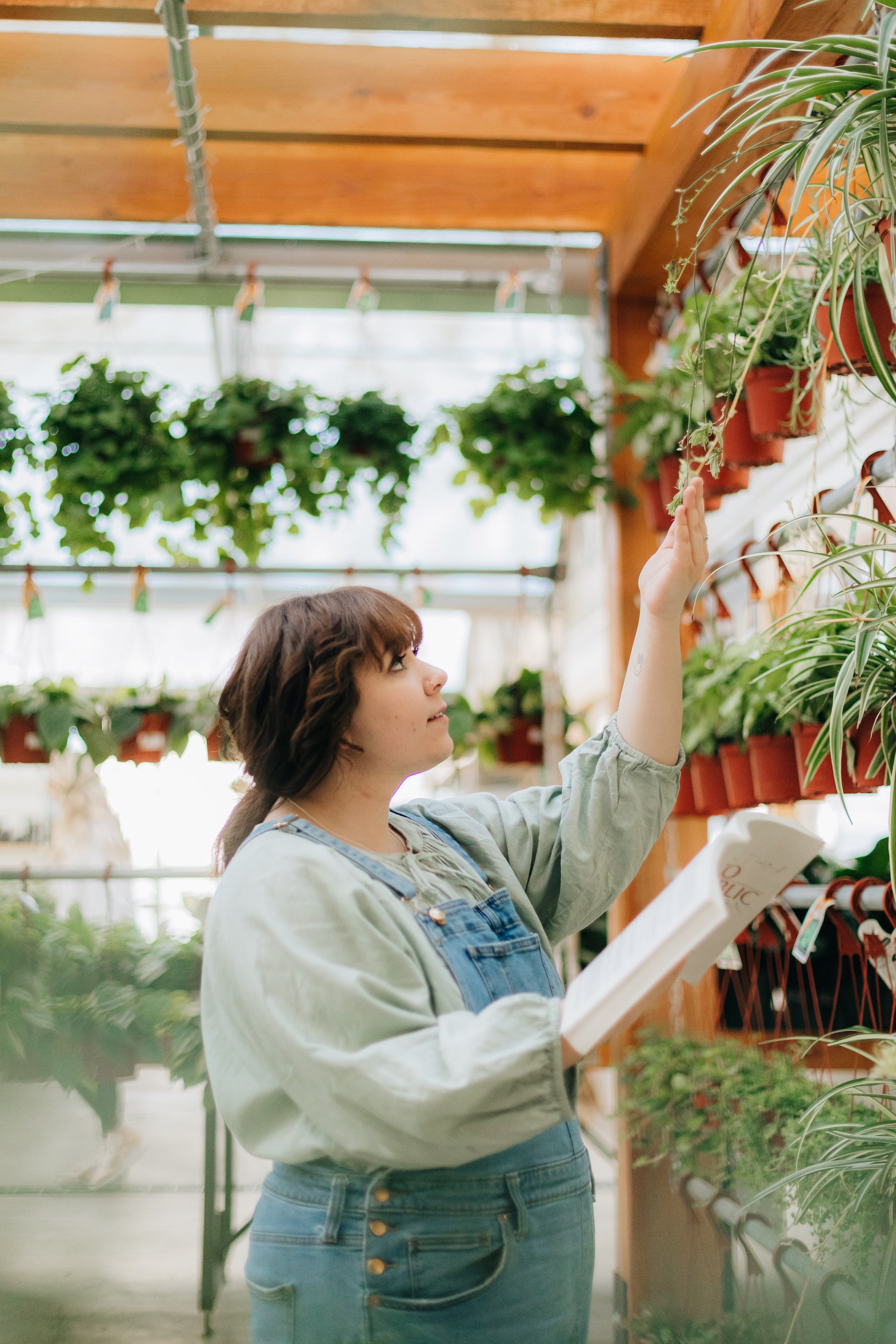 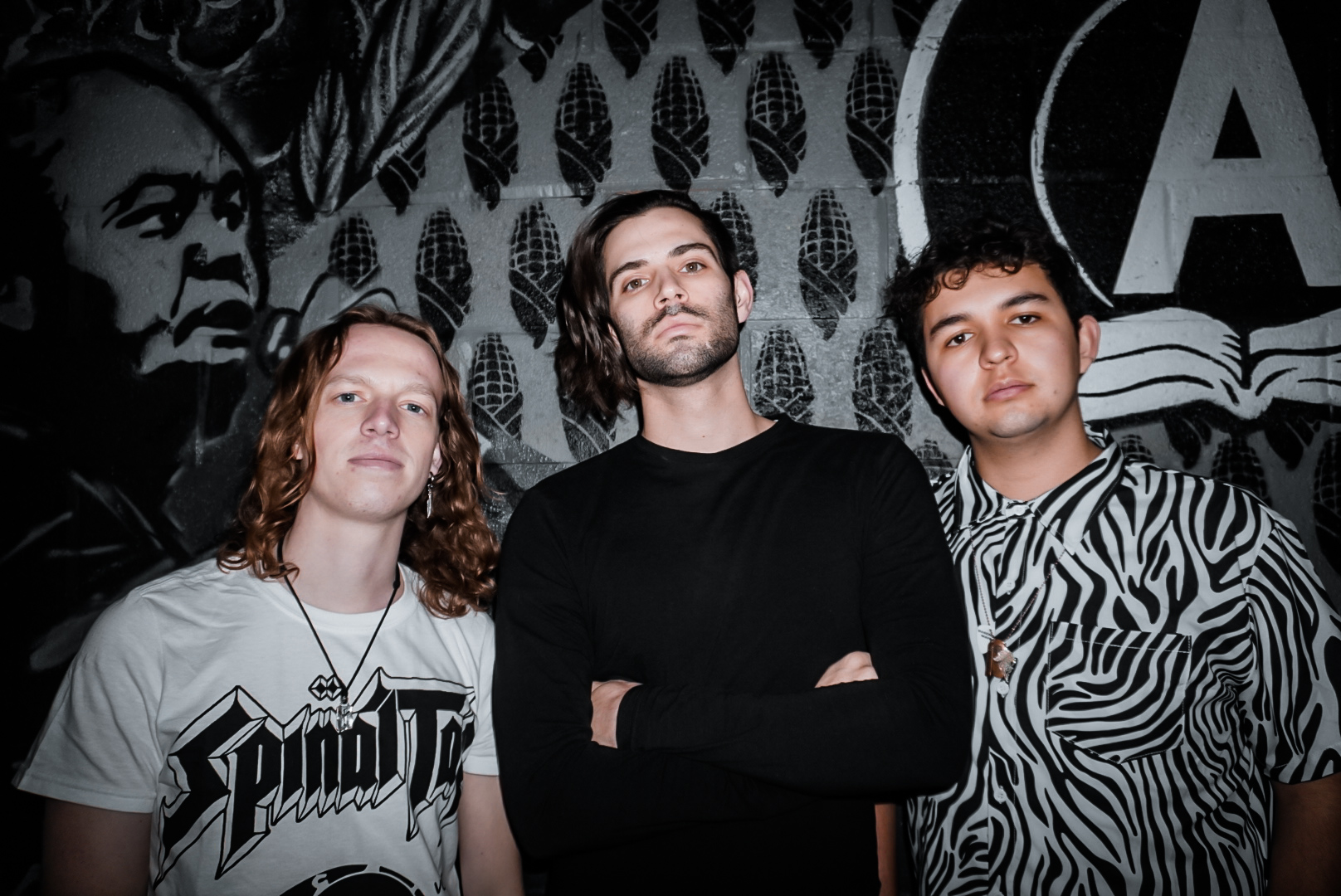 Basement Waves is an American Indie Pop/Rock band. The band formed in2021 and is composed of drummer and producer Gabe Montesino, VocalistRoman Curiel, and guitarist Ethan Jones. Basement Waves takesstylistic influences from Rock, Pop, Hip-hop, Funk, and Indie music tocreate a widely diverse and unique sound. Throughout the course of thegroup’s collaboration, they have won over the hearts of music loversfrom all walks of life and across genres. While performing at avariety of venues, their captivating, high-energy concerts have earnedthem an ever-growing fan base. 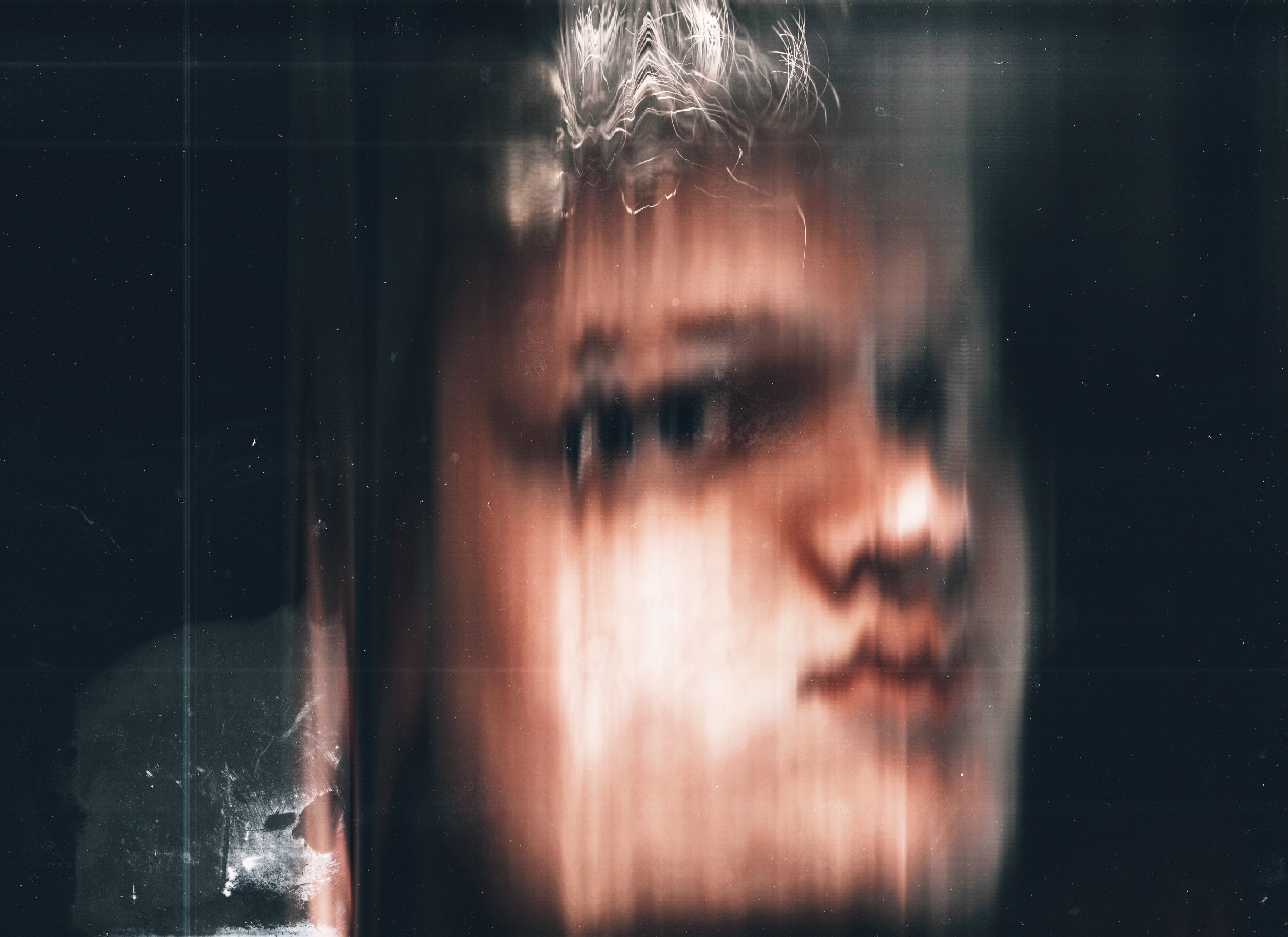 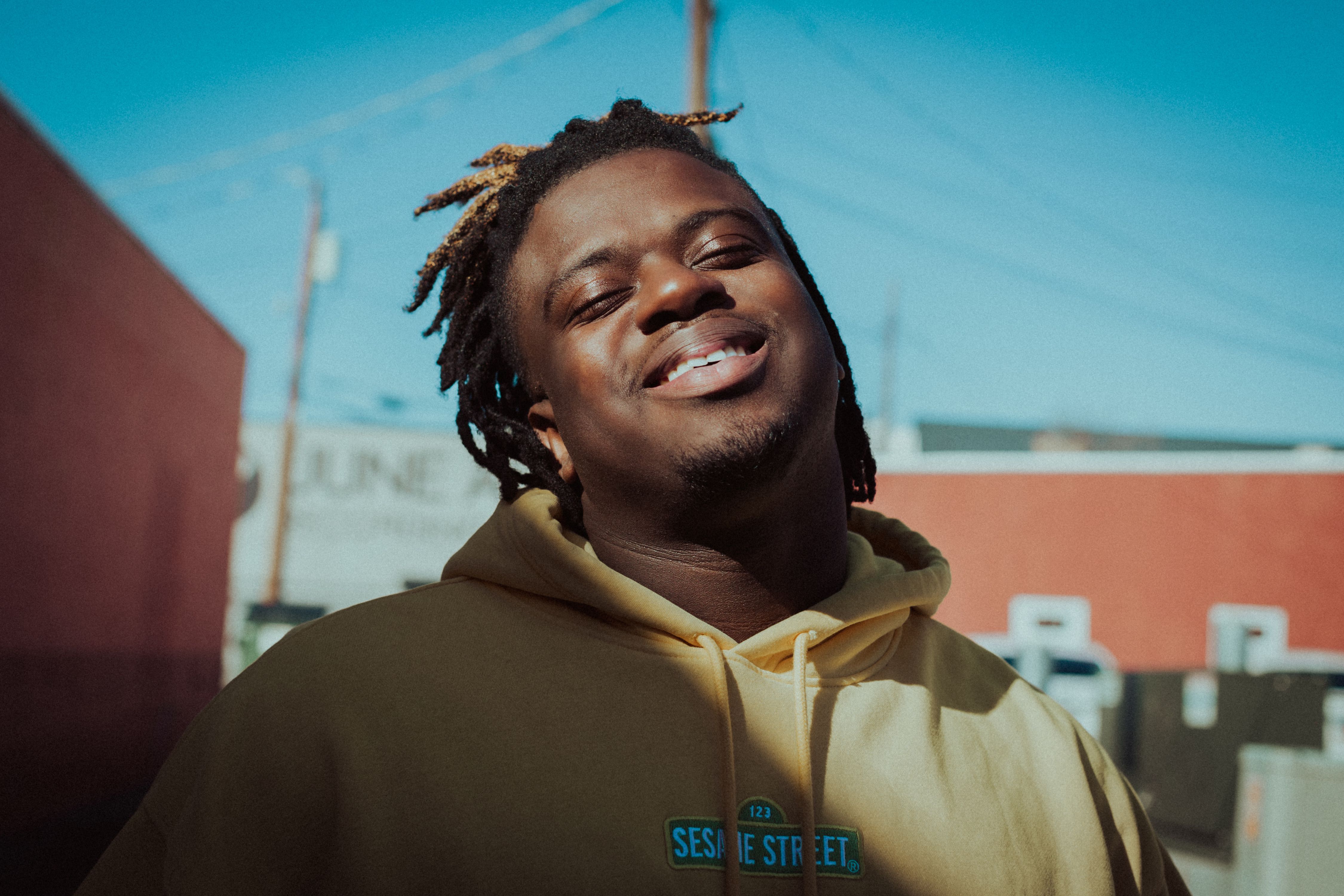 Oba “Obeeyay” Bonner has all the makings of a star: talent, charisma, energy, ambition. Yet it’s his hard-earned wisdom—an inner strength running just below his bubbly surface—that ties everything together for the Utah native. Pairing pinpoint beats with velvety vocals and a sharp pop sensibility, Obeeyay is in it for gold, too: “Success to me is the #1 spot,” he says. “Nothing below it.” An experienced studio engineer with high-tech music industry skills, Obeeyay is now ready for his solo close-up slipping seamlessly between hip-hop, and pop. Lead single “Let ‘m Know” leaps from synth-wave to drill-inspired drum kicks, laying out a case for Obeeyay as a multi-dimensional talent capable of crooning and rapping. Orbiting the pop stratosphere, Obeeyay also learned the hustle of Hollywood: finding backup dancers, selling tickets to concerts, the importance of flawless execution as a stage technician. “I had to go and make it happen for myself,” he says. “I was taking public transportation all over LA— my mom and dad weren’t there to help me like I was used to. I became an adult pretty quick. But that hustle is where it’s at. The connections I’ve made come from treading that water—and rising above, even as a small-town kid.”

ChiChi le Mot is a radical blues trio out of Pleasant Grove, UT that hit the scene a year ago. Their sound is an intense blend of blues riffs, soaring rock solos, and melodic pop melodies. 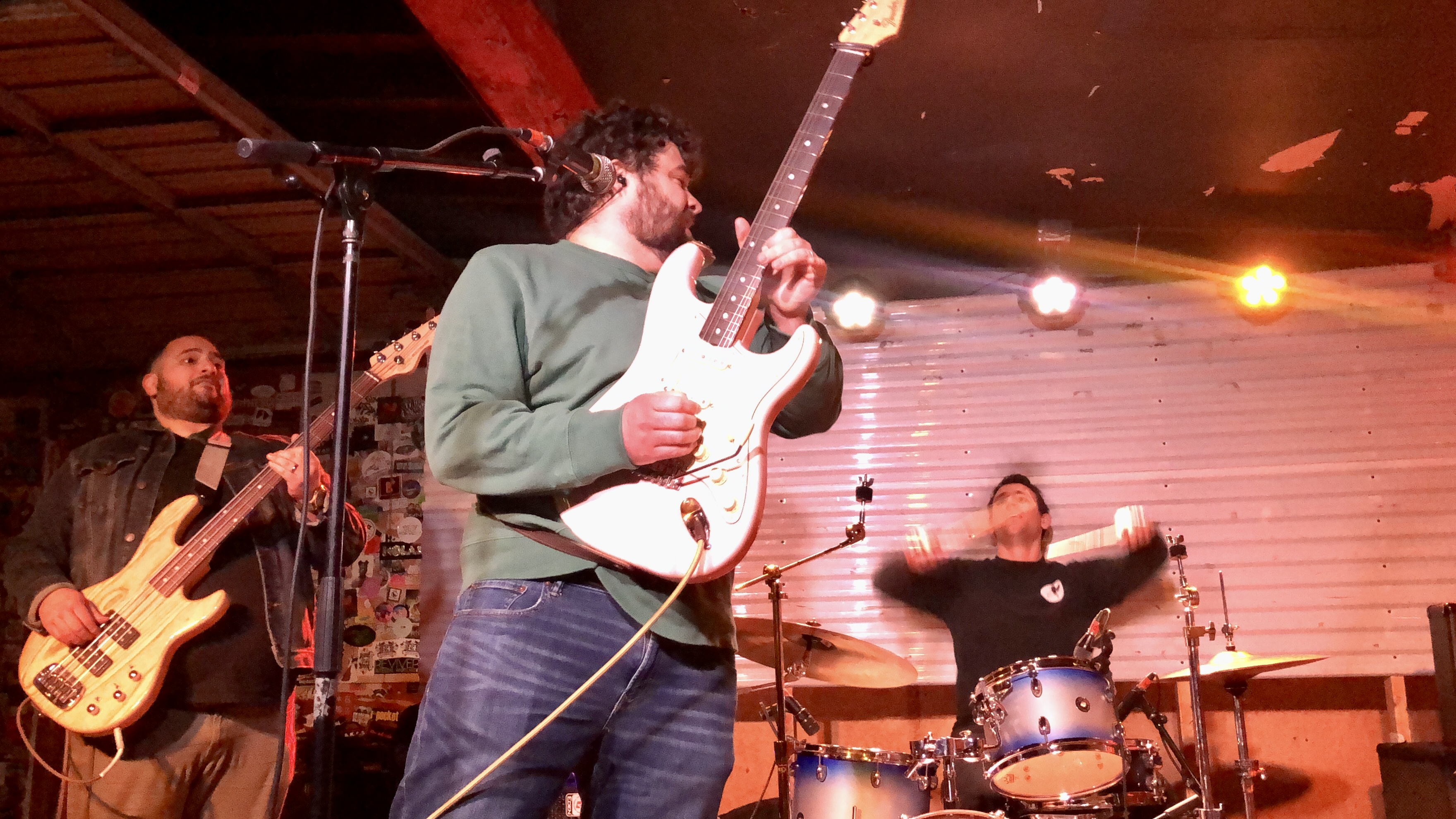 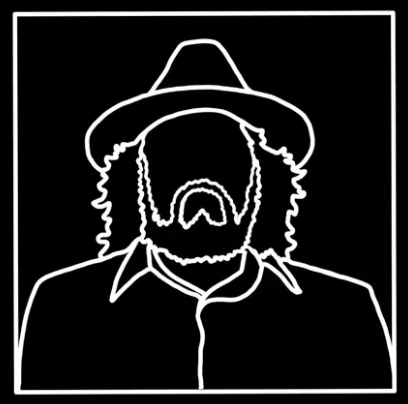 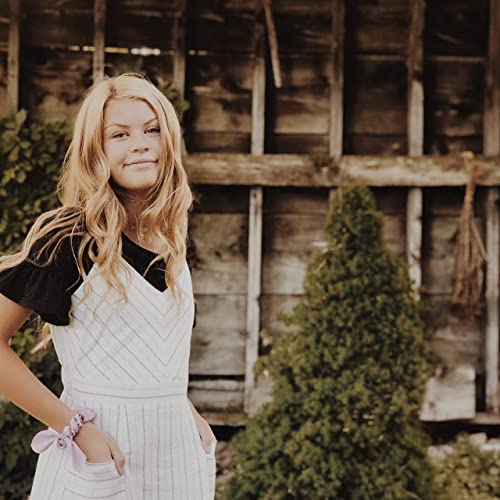 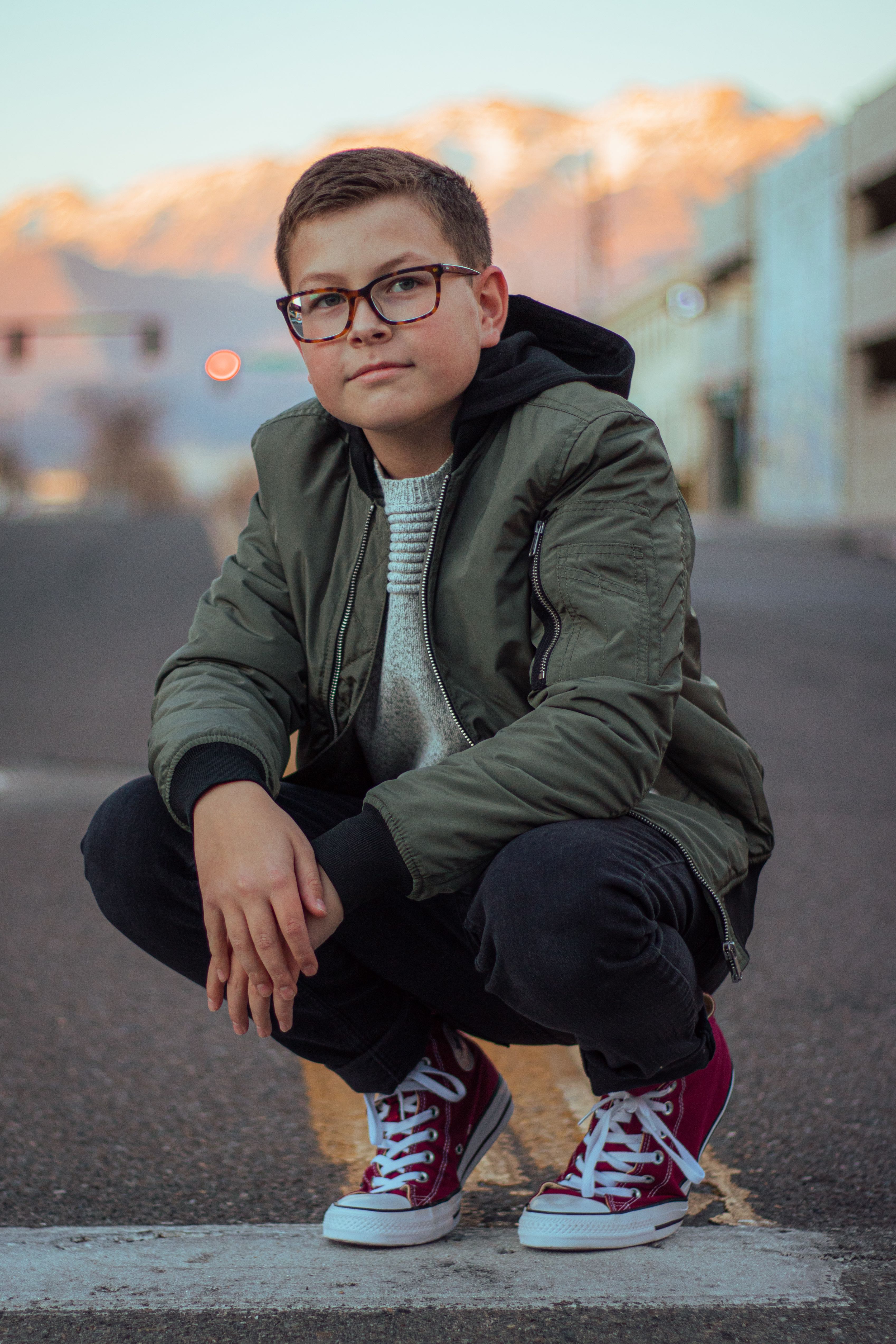 Carson Ferris is a 12 year old singer, songwriter and multi-instrumentalist from Eagle Mountain. He is a constant fixture in the Provo music scene, and has played shows at The Hut, Java Junkie, and in Velour's Christmas All-Star show. Carson's musical journey has taken him far and wide as well, from singing in Japan to recording in LA to performing with Alex Boye in the Tabernacle on Temple Square. His video was also selected to be featured in Donny Osmond's Las Vegas show where he sings and dances along with Donny on the song One Bad Apple. Carson also has music available on streaming services where he has over half a million streams on Spotify.